Walking meetings may increase physical activity in the workplace 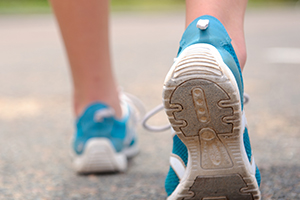 No studies have looked into this type of approach yet

Sitting for extended periods of time on a regular basis can lead to a number of health-related issues. Unfortunately, the majority of Americans spend a large part of their days sitting at a desk because it's part of their job. Walking, on the other hand, is known to have a positive impact on overall health, and the Centers for Disease Control and Prevention recommends walking at least 10,000 steps per day. Even walking for as little as 30 minutes each day has been found to reduce the risk for chronic diseases like osteoporosis, breast and colon cancer, and type 2 diabetes. Sadly, there are very few opportunities for workers who sit for most of the day to increase their physical activity levels and walk more at work. This is even more difficult in white-collar work environments, which generally don't support physical activity throughout the day, as is the case in many blue-collar environments. One way to increase the amount of physical activity in the workplace is by walking during meetings instead of sitting. Although this idea has been around for some time—and may even be used at some businesses already—no studies have been performed yet to investigate the effect of walking meetings on physical activity. Therefore, a pilot study was conducted to determine how walking meetings affect physical activity levels, and if this sort of program is acceptable and feasible. A pilot study is an initial study performed to decide if future research should be conducted on a topic.

Researchers recruited groups of workers that had an established meeting time and met for 30 or 60 minutes every week. This process led to seven groups of two or three workers each being accepted, for a total of 17 participants. All participants were given an accelerometer (a device used to measure physical activity levels) at the start of the study to be worn throughout most of the day for the next three weeks. During the first week, groups were instructed to carry on with their traditional sitting meetings and regular work schedule so that standard data could be collected. For the next two weeks, they were told to modify one of their sitting meetings to a standing meeting instead. At the end of each week, participants filled out a survey that gave additional information on their physical activity levels. Finally, after the third and final week, all groups participated in a focus group with the researchers to discuss how the walking meetings went overall.

The data taken from the accelerometers and surveys showed that in general, workers were more physically active during the second two weeks of the study. The average number of minutes participants engaged in combined work-related moderate or vigorous physical activity per week increased from 107 during week 1, to 114 at week 2, and 117 at week 3. On the day of the walking meeting, the average number of minutes spent in physical activity increased from 34 minutes at week 1 to 43 minutes at week 3. All participants agreed to the strategy taught by researchers to organize and conduct the walking meetings, and all groups walked for 30-40 minutes during each walking meeting. In addition, participants said that the walking program was feasible, acceptable and easy to implement into their workday without interfering with workflow. Based on these findings, it appears that having walking meetings can be a feasible way to increase physical activity levels in an office work environment, and it's very easy to introduce. Since this is only a pilot study, more research and larger studies are needed to further evaluate these findings. Nonetheless, this study underlines one possible strategy to get individuals to be more physically active at work and counteract the effects of sitting for most of the day.

-As reported in the June '16 issue of Preventing Chronic Disease